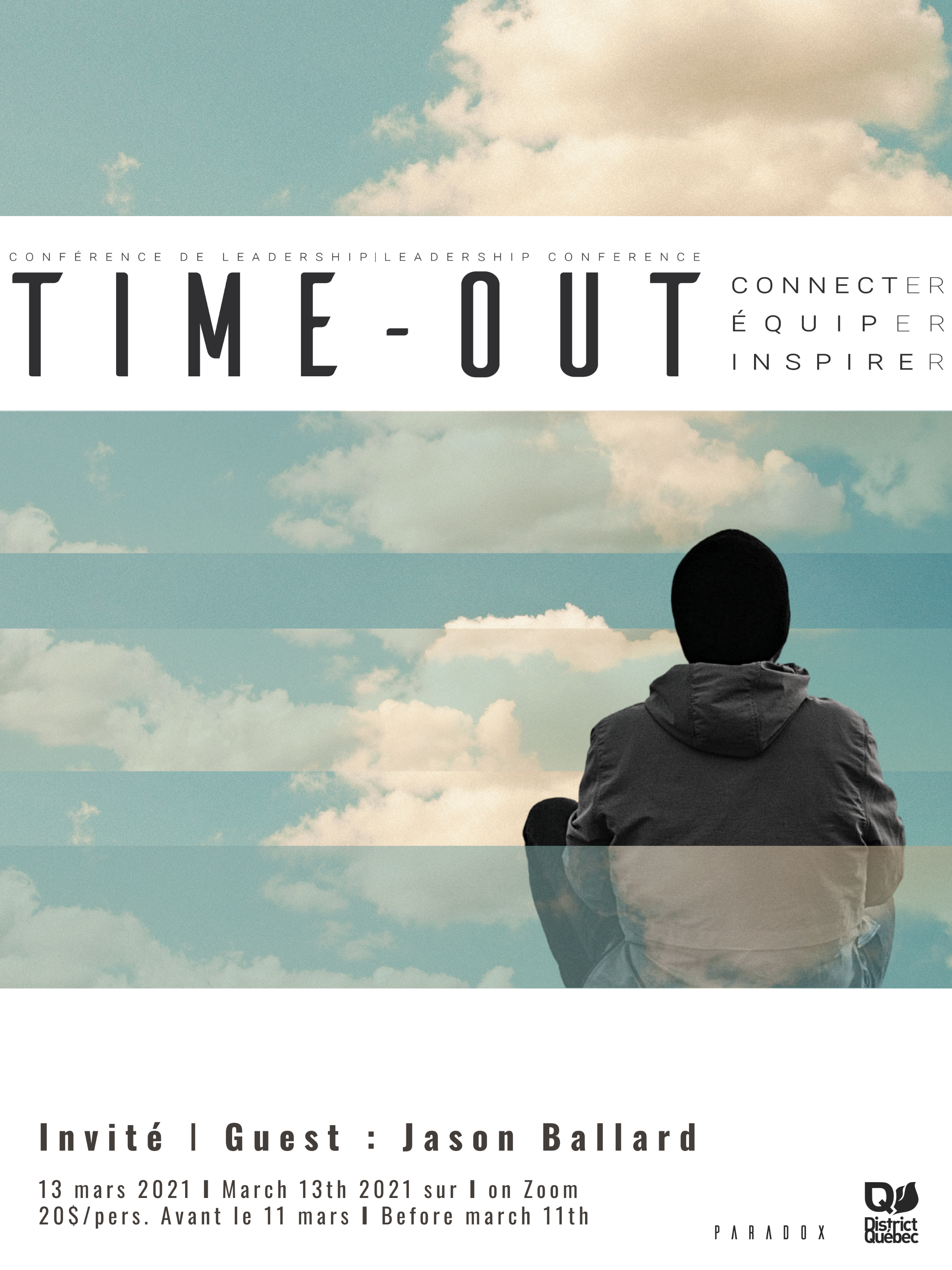 TIME-OUT is an annual conference that brings together youth and young adult pastors, leaders, their spouses, and youth committee members to celebrate what God is doing throughout the province.

This event is a special time for leaders to connect and network, to be equipped both practically and spiritually and to be inspired for the upcoming ministry season.
Hurry to sign up or give this gift to your team members.

The mental health of the young… a pandemic in itself: Marie-France Laplante
Marie-France grew up in a family of pastors. So, from an early age, she had several opportunities to exercise her leadership in various roles, including leader of praise, Christian education and youth. Later, she felt the call to help families in crisis. As a result, she has been studying social work and has been working as an intervenor at the DPJ for several years. On a personal level, she has been married for 25 years and is the mother of two children who are now adults.

choosing your priorities: Désiré Yankey
Désiré has worked in youth ministry for more than 12 years. He was involved in Paradox as the one in charge of the pastoral support of PAOC-District of Quebec youth leaders. Associate pastor at Oasis Rive Sud church, professor at l’Institut Biblique du Québec/ Université Laval, he has been serving since 2013 as chaplain in a federal penitentiary. Désiré is passionate about mission and discipleship. He is married with two children.

Reaching the next generation: Jean-Denis Desbiens
Jean-Denis served as a youth pastor during 10 years in British Columbia. He is part of the pastoral team of Église 21 in downtown Montreal and is also Senior Advisor for the Francophonie with Alpha Canada.

Krystel St-Amour
This summer she will be celebrating 17 years of marriage with her husband! They have 4 beautiful children! Alexis 13 years old, Felix 12 years old, Josef 9 years old and Anne 7 years old. he has been responsible for the worship ministry at her church Centre Chrétien de Val-d’Or for several years and actively participate in church life within leadership! She desires to see people touched and transformed in the presence of God as they are in an atmosphere of praise and worship.